Emotions are contagious. And the closer we are to others, the more time we spend with them, the more likely it is that we feel their emotions and are affected by them, sometimes “catching” them. On the one hand, this ability to sense our partner’s emotions forms the basis for empathy and intimacy; on the other hand, there are times when this ability needs to be managed well, both by the sender and by the receiver, to maximize understanding and closeness, while minimizing the discomfort and disruption that strong emotions can cause.

For most of us the complexity of how to handle emotions, especially strong or unpleasant emotions may be made more difficult by early experiences. Lacking early experiences that teach us how to handle emotional reactions, we often develop defenses that make emotional awareness and skill more difficult. Defenses such as the ability to not know we are having emotions, or the ability to pull away from others so that they will not know we’re having emotions. Or, at the other side of the strategies we justify actions that allow us to discharge emotional tension at other’s expense – angry outbursts for example.

Handling emotions with other people involves more than a binary decision to either express or not express what one is feeling. Containment means that we exercise something often known as mindfulness. That we learn to pause between experiencing an emotional reaction and expressing it. This pause allows us time to more fully know our own reaction and then to make decisions about how and when to communicate the feelings so that understanding and support are maximized and harm is minimized.

Jim has a very demanding job and is also very sensitive and reactive emotionally. He believes in authenticity. If he has a bad day, he makes no attempt to hide this as he walks in the door.  Often within seconds he barks orders to the kids in the living room to turn off the TV and get to their homework.  He then turns to his wife in the kitchen and asks her what is going on that she is letting them watch TV before homework. Minutes after he’s home everyone in the family feels unhappy. Later when he has calmed down a bit his wife comments that he seemed pretty upset when he came home. His comment is “well, you know how stressful my work is; today was just one of those days.”

Susan grew up in a house with a mother who raged often and loudly. She learned early and well to turn down the volume of her experience – to not feel the emotional reverberations in herself of these rages. She is very rational and prides herself on staying cool in any situation. She has a very demanding job supervising a large team of people. Tom, her husband, can “read” her when she walks through the door. Often he goes to greet her and encounters her stiffening body and a forced smile that signal “don’t touch me.”  Later at dinner when he asks her what happened at work? She’ll say “nothing in particular.” He’ll make one more try, something like, “you seemed a little tense when you came home.” And she may say, somewhat sharply, “no, not really.”

Matt comes through the door tense from a bad staff meeting at the end of the day. He walks hesitantly into the kitchen, aware that he’s not in the mood to really greet Karen. She’s happy he’s home and eager to greet him, but she looks up from the salad she’s making, and sees the tension in his face. “Sorry,” he says, “I’m not fit for human contact right now. I think I’ll go for a jog, hopefully that will help.” “OK,” Karen responds. She’s disappointed and angry at his work that once again has left him in not such a good mood. She briefly considers following him out of the kitchen to tell him so, then knows that that will likely lead to an unpleasant and unproductive exchange. Instead she returns to her salad, and decides to ‘let it go.’ In a few minutes Karen is back to neutral and having fun cooking. At dinner, and after a short jog and a shower, Matt is tired, but no longer angry. They chat pleasantly for a while about various social plans, then Karen asks, “Do you want to talk about work?” “Not really, but I am getting weary of all the political jockeying that’s going on there.” “Yea, I know, me too. I’m getting tired of you being upset so much of the time.” “Me too,” Matt responds, and they proceed to commiserate on that point for a few minutes before segueing into a talk about their daughter’s new job.

Jim is an example of not containing, but expressing negative emotions as they are evolving with the result that both his kids and his wife experience negative and unpleasant emotional reactions and he has allowed his unhappiness to be contagious. He knows what he is feeling and acknowledges it, but in a way that causes further damage.

Susan is doing what we call repression: keeping her own experience out of her awareness. Tom is emotionally sensitive and ‘feels her pain,’ but they cannot support and comfort each other due to Susan’s unawareness of her own states, resulting in an inability to talk about it with Tom.

Matt and Karen’s handling of their unpleasant emotions is an example of skillful “containment.” They each effort, mostly successfully, to contain negative emotions while they work to understand and detoxify them. Having succeeded at regaining an internal state that is not harmful, they then communicate to each other what they understand about these feelings, and offer support. They are able to successfully contain, detoxify and communicate emotions in a way that causes minimal damage and results in connection, comfort and support.

The ability to “contain” our emotions while we work to know and understand them and then make wise choices about how we share these with others is one of the central skills of relationship. This ability makes navigating the roiling waters of intimacy easier and happier. 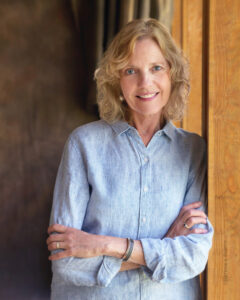